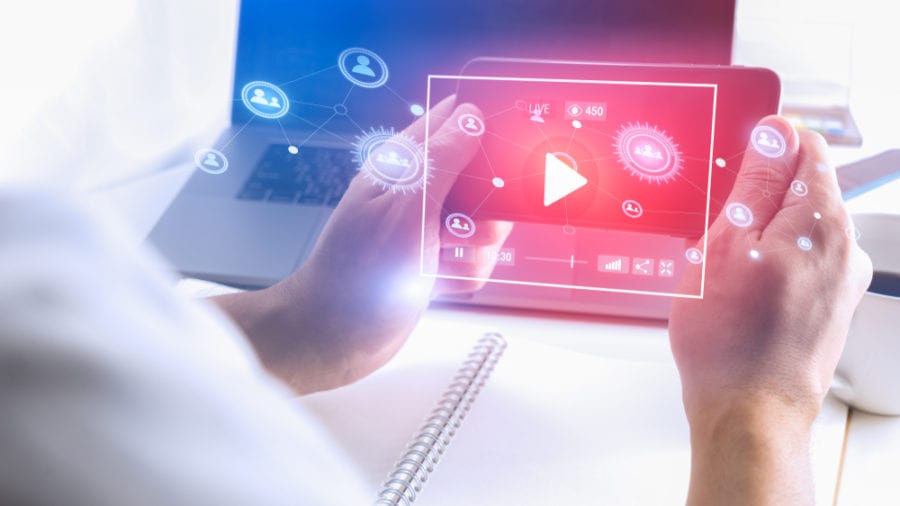 It’s no shock that the internet is here to stay. Not only is the internet delivering additional services to the consumer, but traditional media consumption is also transitioning to online platforms. Instead of firing up the cathode ray tubes of their heavy, box-shaped television set to catch whatever’s left of their favorite hit TV show, consumers are loading up their Hulu, YouTube TV, or CBS All-Access apps on their new smartphone to cast to their Roku or Chromecast or impossibly thin Smart TV.

OTT content―the TV shows and movies that stream through an internet-connected device (i.e., an OTT device like a Roku, Chromecast, or Smart TV)―is the next evolutionary step of what was once considered traditional television programming. Like with all significant next steps, there are some major benefits, and transitioning your advertising dollars away from the past and towards OTT content can fortify your company’s position as it pivots to the future.

The Benefits of OTT

There’s no doubt that of the major advertising benefits of OTT, the most significant is your company’s potential ability to engage with a younger, wealthier, and larger media consuming population that you could through traditional programming. A recent study by Nielsen, the media company that helps measure how many people watch specific TV shows, showed a drop of 40 percent in over-the-air or cable TV consumption in the past five years by 18 to 24-year-olds.

This audience is also highly receptive to OTT advertising. Around 98 percent of the OTT device audience complete the entire ad. This means the urge to skip or fast forward through commercials, which has been alive since the early days of the VCR and DVR, has mostly died out among this segment of media consumers.

Put another way: there’s a broad, young, wealthy audience that wants to watch your commercials. It’s OTT devices that will deliver your company’s message to them.

Further, consumers like the ability to choose and to feel like they’re in control of their media diet; commercials included. Many OTT content companies offer the ability for consumers to choose between potential ads during an upcoming content break. This leads to a higher sense of engagement by the consumer, allowing your message to land that much better.

For companies hesitant about embracing digital advertising, OTT advertising offers a smooth transition. Because much of the programming is carried over from traditional television media, the formatting (i.e., when and where expected commercial breaks are placed), is similar as well. There’s no worry of your company becoming known for annoying pop-up ads or unstoppable videos that play over a consumer’s video website. Your company gains the advertising benefits of utilizing both the viewable, highly engaging traditional television commercial breaks and the data-oriented targeting of the online world.

To make sure your company is benefitting from the rise of OTT media, contact KOB Advertising today. We will provide a free marketing analysis of your business to ensure you are maximizing your advertising spend and garnering the highest rate of return. With extensive experience across a diverse range of industries, we are ready to give your business a boost.